The storm of all storms erupted in Cape Town on Friday late afternoon. On Saturday morning we were up at 4am to catch the red eye flight. The only problem was – no electricity in most of Camps Bay. We rushed to get ready at candle light and I arrived at the airport with crazy hair and I quickly did my make-up and finishing touches in the public toilets at Cape Town International Airport.

Sabie Sands is one of the oldest of all the private reserves in South Africa. It is home to a vast wildlife population, including The Big Five, and a number of endangered species. Flanking the Kruger National Park, animals pass unhindered between the reserves. A few of the lodges you might know in the reserve is Leopard Hills, Sabie Sabie, Lion Sands, Singita, Kirkmans Camp etc.

Our room overlooked the Sand river and the lush, green vegetation. The front sliding doors could open all the way with a terrace and two chairs. At the back we had an outside shower which we made use of during the hot weather.

Our wake-up call sounded bright and early for the morning game drive.  We encountered two male lions near a giraffe carcass which they had killed a couple of days ago.  The smell was unbearable and the vultures were patiently waiting their turn in the maroela trees nearby.

The late morning was spent cooling off in the pool and reading under the ceiling fan.

While enjoying our lunch, we watched two elephants shuffle by on their way to a bath, flapping their ears in the heat, trying to cool down.

Our afternoon game drive was spectacular, after the heat of the day the clouds began to gather and a few lightning strikes threatened to bring rain. At dusk we arrived at a leopard siting and I was upset to see a baby Impala with his mother near the leopard. Within minutes the leopard had killed the baby Impala. Out of the blue a spotted hyena attacked the leopard who sprinted to the bottom of a tree with his prey. The hyena tried his luck again and the leopard bolted up the tree and lay in a branch scoffing his dinner.

The lightning had become more thunderous and lit up the sky beautifully, fire flies flew about dotting the sky with their dancing light. A few fat drops of rain fell and the smell of wet soil filled the air.

On our return we were ushered into a fairy land of lanterns, candles and fires in the boma. The atmosphere was truly special and the dinner was delicious.

The next morning we were sad to leave all our new friends, the friendly staff and the beautiful bush. We will be back soon but now back to reality. 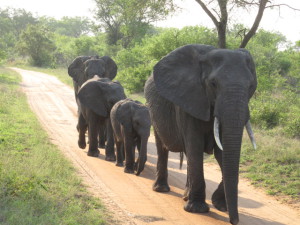 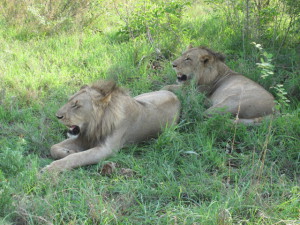 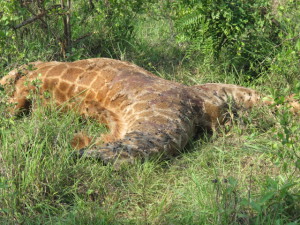 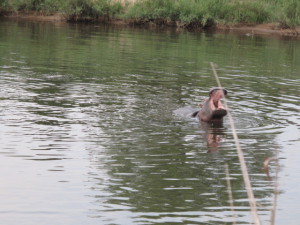 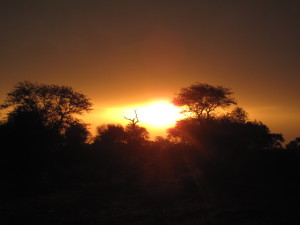 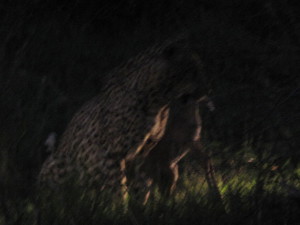 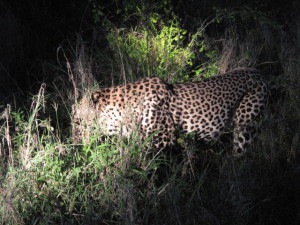 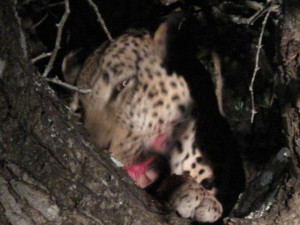 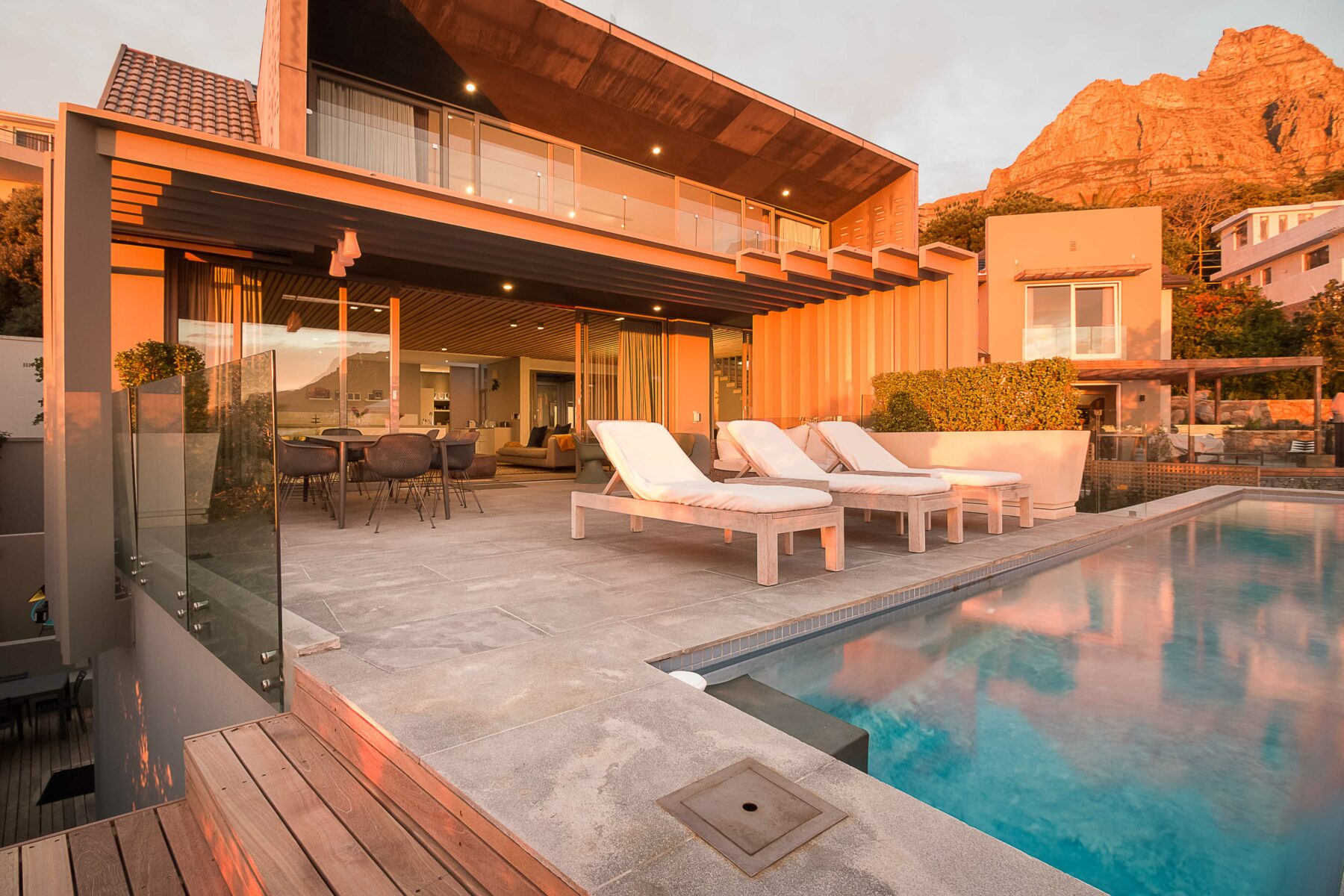